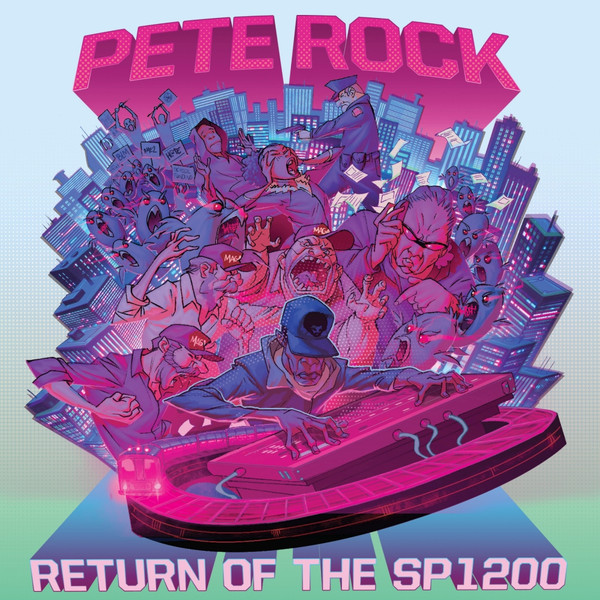 A1 Dreamer
A2 Harps Of Heaven
A3 Round Midnight
A4 Hope The World Don't Stop (Before I Get Mines)
A5 Neo Funk
A6 Kool Jazz
A7 Gutta Music
B1 Death Becomes You (Instrumental)
B2 Live From The Basement (Up, Up And Away)
B3 Traveling Man
B4 Street Dreams
B5 Below O
B6 A Khalimba Story
B7 Food 4 Thought
B8 Take A Knee

Pete Rock is widely recognized as one of the greatest hip hop producers of all time. His name is oft included in the pantheon of the greatest, alongside DJ Premier, RZA and J Dilla. In addition, Pete has one of the world’s most extensive vinyl collections, the sort of collection who’s size can only be estimated – and that estimate stands in excess of 100,000 LPs. His production forte is the melding of Jazz with early 90s East Coast boom bap, regularly sampling classic soul greats like James Brown &
Curtis Mayfield, jazz oddities like Tom Scott & Les McCann, and innumerable others. This production prowess is best demonstrated though his work with partner in rhyme CL Smooth.
There was a time however, before Pete met CL. A time before the world came to know Pete Rock & CL Smooth. A time when Pete was a 19 year old in his basement in Mount Vernon, NY making beats with an SP-1200 drum machine, sampler, and sequencer. These previously unreleased beats are now compiled here in Return Of The SP1200, the debut release from Rock's own Tru Soul Records, and a tribute to his beloved sampler. Also features additional scratches from Beat Junkies member J. Rocc.