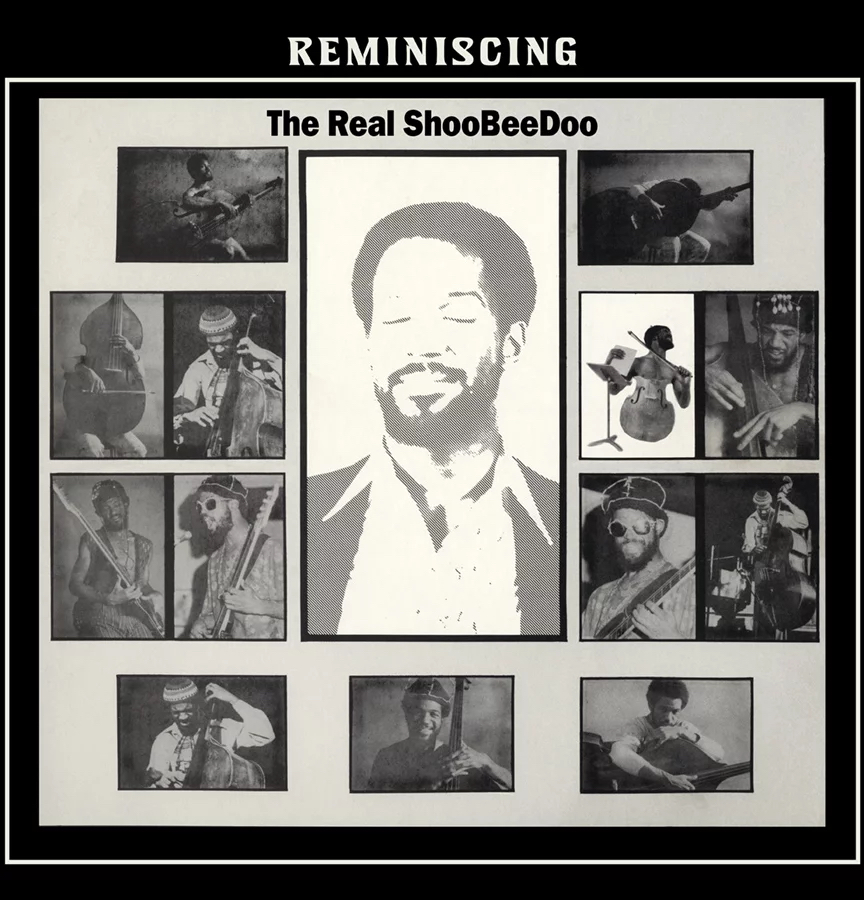 The Real ShooBeeDoo (AKA Reggie Fields) has always been a consistent name on the Detroit jazz scene … Fields who played with Pharoah Sanders while he was living in Motor City, worked with Sun Ra in the late 1970s and early 80s and who was also a close associate of the Afro-centric TRIBE label and artist collective, leaving his marks on a few essential TRIBE sessions such as Phil Ranelin’s “The Time Is Now!” as well as Ranelin & Wendell Harrison’s masterpiece “A Message From The Tribe”.

It was Wendell Harrison who gave Fields the chance to record a solo album as a leader on his own WENHA imprint where “Reminiscing” found release in 1981. Reggie chose to record under his moniker “The Real ShooBeeDoo” because he built a rock-solid reputation as an internationally acclaimed performer under that name. This can later be heard on his fantastic ‘‘Live at Montreux Jazz Festival, 1982” album.

“Reminiscing” is a deep and rewarding spiritual jazz album with bass lines that can blow through walls as if they were made from paper. Foot stomping rhythmic beats and lyrics that are pure poetry, far-out (and less obvious) vocal duties … this all takes the avant-garde approach featured here on his album to new ‘cosmic’ heights. ‘Originality’, ‘unique’ and ‘standing out’ are the main key-words here.

Also…a quick closer look at the cast of players is most likely to be enough to get an impression that this is a special record. The album features an all-star line-up that includes Billy McCoy (Pharoah Sanders) on piano, Tani Tabbal (Roscoe Mitchell, Sun Ra) on percussion, Allan Barnes (Nina Simone, Bootsy Collins, Gill Scott-Heron) on saxophone, and Wendell Harrison (Tribe) himself on tenor saxophone/vocals.

Tidal Waves Music now proudly presents the first ever vinyl reissue of ‘Reminiscing’ since its release in 1981 (original copies tend to go for silly money on the second-hand market). This official reissue is now available as a deluxe 180g vinyl edition (limited to 500 copies).