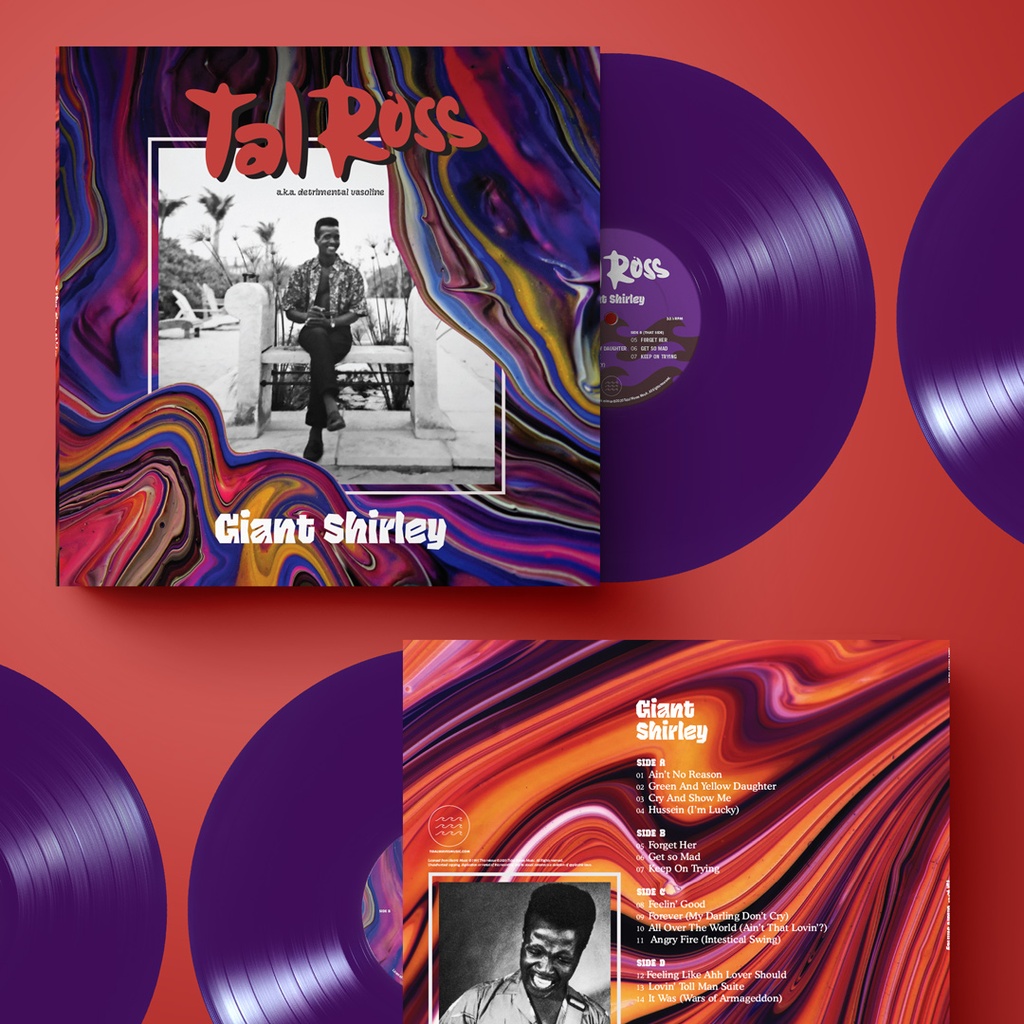 Cry and Show Me

All over the World (Ain't That Love)

It Was (Wars on Armagedon)

Of the numerous musicians who have played along with George Clinton in his Parliament/Funkadelic mob, perhaps the most mysterious of them all would be guitarist Tal (aka ‘Tawl’) Ross. Next to being one of the original Funkadelics, Ross was a vital force (and responsible for many of the rhythms and chords of the early material) on such early classics as ‘Funkadelic’, ‘Free Your Mind and Your Ass Will Follow’, ‘Osmium’ and ‘Maggot Brain’.​

Tal Ross left the band in 1971 after a shattering encounter with LSD that made him leave the music scene and his New Jersey home altogether. He went to live in a small town in North Carolina, working and playing acoustic guitar.

Years went by without any word from Ross … until 1995, when out of nowhere he issued his first solo album: Giant Shirley. This was made possible by Aris Wilson and Peter Wetherbee (former label manager of Bill Laswell’s Axiom Records) who also enlisted an all-star cast of guest musicians to play on the album (including former P-Funk drummer Jerome ‘Bigfoot’ Brailey & Manu Dibango/Gil Scott-Heron collaborator Aiyb Dieng).

The results of Tal’s nearly 25-year funk-fermentation are compelling, with a beefy stew of blues, funk, eastern rhythms, psychedelia, percussive textures, and even some rock ‘n’ roll for good measure. The album’s roots lie deep in the Mississippi Delta style of brooding blues. Whereas his former band eventually shed their hard funk for a more accessible sound, Ross surprisingly stays true to Funkadelic’s early style here on ‘Giant Shirley’. Alternating between red hot and cool funk, the album takes the listener on a fantastic journey not witnessed since Clinton and company’s early 70s output.

This unique album is far from the standard “shake your whatever” genericness that the majority of the P-Funk camp had embraced by this point and comes highly recommended for fans of Parliament/Funkadelic (and for 70s psychedelic/funk rock collectors in general).

​Tidal Waves Music now proudly presents the FIRST ever vinyl release of Giant Shirley (it was only available briefly on CD in the mid-nineties), supervised by P-funk archivist & producer Aris Wilson. Available as a deluxe 180g DOUBLE vinyl edition (limited to 500 copies) with obi strip.