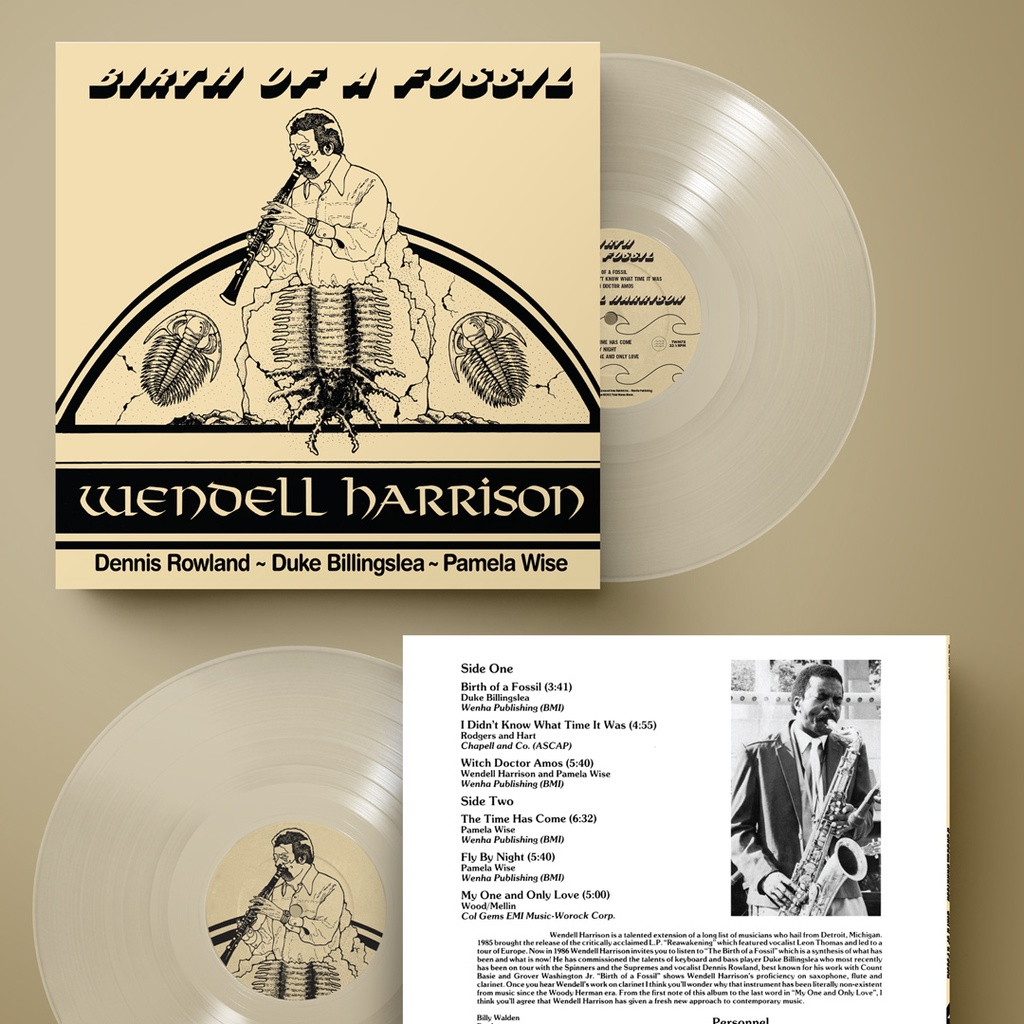 
Wendell Harrison was born in Detroit in 1942 where he began formal jazz studies for piano, clarinet and tenor saxophone. At 14, while still in high school, Harrison started performing & recording professionally with artists such as Marvin Gaye, Grant Green, Sun Ra, Hank Crawford … and many others.

In 1971, Harrison began teaching music at Metro Arts (a multi-arts complex for youth) where he also connected with Marcus Belgrave, Harold McKinney and Phil Ranelin…soon after they formed the (now legendary) Afro-centric TRIBE record label and artist collective. TRIBE used the Metro Arts complex as a vehicle to convey a growing black political consciousness. Wendell Harrison also published the very popular TRIBE magazine, a publication dedicated to local and national social and political issues, as well as featuring artistic contributions such as poetry and visual pieces.

In 1978 Harrison and McKinney co-founded REBIRTH, a non-profit jazz performance and education organization, in which many notable jazz artists have participated. Around the same time Wendell Harrison also created the WENHA record label and publishing company, which released many of his (now classic) recordings as well as those of other artists, such as Phil Ranelin, Doug Hammond and Reggie Fields (The Real ShooBeeDoo).

In the early 1990s, Wendell Harrison was awarded the title of “Jazz Master” by Arts Midwest. This distinction led Harrison to collaborate with fellow honorees and gave him the chance to tour throughout the United States, Middle East and Africa. Even to this day Wendell Harrison’s recordings for the TRIBE, WENHA and REBIRTH labels have a large worldwide fanbase.

It is on REBIRTH that Harrison released the opus: BIRTH OF A FOSSIL (1985), which we are proudly presenting you today.

On this fantastic sounding album (produced by the maestro himself) the listener is invited to experience a synthesis of what has been and what is now. The record shows Wendell’s trademark proficiency on saxophone, flute and clarinet…and although you can hear the 80ies creeping in with a smoother fusion sound, more synths, and R&B vocals… this remains a very spiritual (and soulful) jazz record. From the first to the last note you get an irresistible blend of soul jazz combined with funky electric instrumentation…a groovy sound which is very much of its time, yet overtly timeless and as relevant today as it was back when it was initially released.

Tidal Waves Music now proudly presents the first ever vinyl reissue of ‘Birth Of A Fossil’ since its release in 1985. This official reissue is now available as a deluxe 180g vinyl edition (limited to 500 copies) and comes with the original artwork.