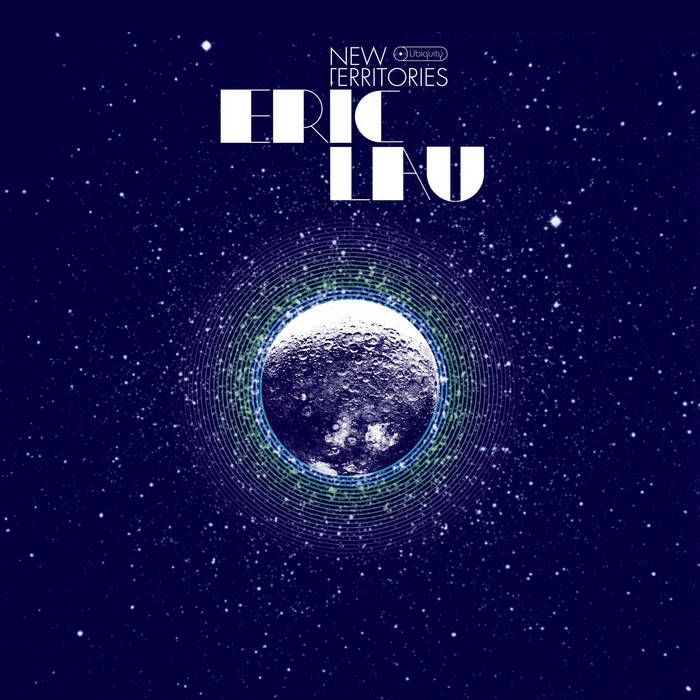 B2 Time Will Tell

B3 Don't Let Them

C1 Free It Out

Eric Lau is a London-based producer who has been busy making musical waves for others. He may well be a producer you’ve heard, but not heard of, by way of his productions for the likes of Lupe Fiasco, Dudley Perkins, Georgia Anne Muldrow, Guilty Simpson, Wildchild, Tanya Morgan, Hil St Soul, and a family of up n’coming artists who feature on New Territories, his debut solo album.

His slick and edgy productions have turned the ears of Gilles Peterson (Lau appeared on his Brownswood Bubblers release of October 2006) and Fat City Records who released Eric Lau presents Dudley & Friends in January 2007. Tastemakers and peers like Benji B (BBC Radio 1Xtra) called Lau’s soulful street sounds “Heavy!”, Phonte (of Little Brother) added that Lau is “One of the illest beatmakers”, Dudley Perkins (Stones Throw) said “His music did something to me,” and Dego (of 4Hero) asked “Who the f$%k is Eric Lau!?”

New Territories has a double meaning. It’s the area in Hong Kong that the Lau family are from and regularly visit. “People have a vision of Hong Kong being sky scrappers and high rises everywhere,” says Lau. “However, the area known as New Territories is full of mountain ranges, sea, villages and farm land. It’s very peaceful and pure there, and these are qualities I try to incorporate into my production.” Also, the title refers to the album and the global musical connections it made. “There are many young artists on the record and our roots are from around the world,” explains Lau. “Even though we are from different backgrounds we approached the album with the same mindset and all want to help each other get to where we want to be. This record is a new territory for us as a group of artists, and I hope that it is, in turn, a refreshing listen.”

UK born Lau has only relatively recently got into music production, but delved-in neck-deep. “I don’t really have a very musical family or musical upbringing,” he says. “But apparently my mother used to sing Chinese opera during the revolution in Hong Kong.” Moving to London at the age of 19 his time at University there turned him on to the possibility of music as a way of life. “Just being in London, with an open mind, that’s all it took,” he explains. Now 26 years old, Lau is either in the studio, or can be found teaching at RollingSound, a youth-led multimedia education company. At RollingSound under-privileged inner-city kids get to learn music production, DJ-ing, video gamed design, photography, film and web design. “I’ve been their head tutor and artistic consultant for the last 3 years and have had a big say in the design of the courses and delivery,” says Lau. “If I was not doing the music thing I would definitely put all my efforts in to teaching and work in the youth sector as I have seen so many talented young people take their skills in multimedia and more importantly life to the next level.”

With New Territories, Lau wants to make connections in China, particularly with the growing music scene in Shanghai. “Music making by the youth there is quite rare. I mean the music scene in Shanghai is still growing right now. I would love to be part of that, and to hopefully even pioneer and set a good example in the soul, hip hop, jazz world.” Lau has already made in-roads by way of a track he gave to Lupe Fiasco. Fiasco used it to produce a tune for Hong Kong movie actor, singer and entrepreneur Edison Chen.

“Being Chinese and growing up in England I was influenced by a lot of sounds. From Brit-pop, ‘60’s rock, Chinese opera, UK hip hop, and of course the west London scene,” says Lau. “I think that my Chinese roots have very subtlety affected my choice of key when making music, however it’s not really an in your face thing.” Jay Dee, Pete Rock, D’angelo, ?uestlove, James Poyser, Donald Byrd, Roy Ayers, and Shuggie Otis are frequently mentioned by Lau as main influences. But Lau has a sound of his own that jumps from the lush intro’ to the twisted soul of “I Don’t Do It To”. “Right Side” and “Confession Lounge” bump with the right dose of bottom-end, while “Final Chance” injects the party vibe to make way for the more reflective tracks like “Don’t Let Them.“ The latter was written on the day British Police shot a Brazilian man mistaken for a terrorist on the Underground. “In any trade you always look at the best. If you are aspiring to be a great basketball player you study and learn moves like Michael Jordan’s fade away, Magic Johnson’s passing, Larry Bird’s shooting etc” he says. “I guess in the first few years I would try and see what these guys were doing and would learn from their music. I still have a long way to go and a lot to learn but I guess I’ve slowly but surely come into my own sound. I guess the key and frequencies of sound that I choose shape the feel of my music. The tempo and rhythm kinda’ takes care of the mood,” he adds