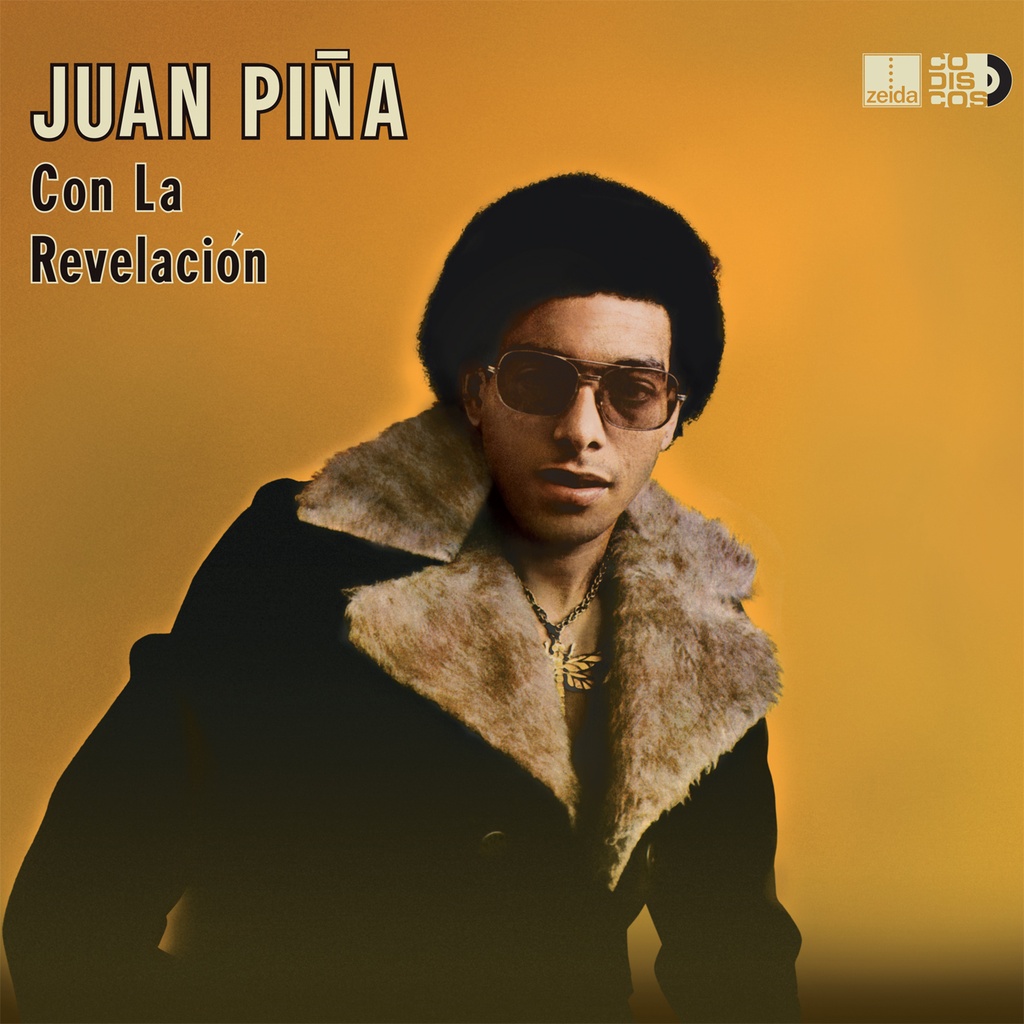 Juan Piña Con La Revelación is the debut album of this Colombian artist and his eight-piece band, originally

This hard to find album is now reissued for the first time, pressed on 180g vinyl and presented in its original artwork.

At the age of 24, Juan Piña formed the eight-piece La Revelación with his brother Carlos, releasing their first album in 1975 on Discos Zeida. This self-titled debut LP of Piña with his group is something of an anomaly in his discography as subsequent albums would feature a different sound and concentrated almost exclusively on Colombian coastal Caribbean and ‘sabanero’ genres.

Although Juan Piña’s debut record never made much of a splash, it is an excellent little slice of Colombian mid-70’s madness, with a very diverse sound. An interesting and joyful sounding mix of New York style salsa, Cuban son montuno and guajira with Colombian tropical flavors, the simple, spare arrangements featured electric guitar, piano, Latin percussion, two trumpets, occasional sax, and Juan sang lead while Carlos backed him on chorus. It also sounds like Joe Arroyo may have done ‘coro’ chores on Juan Piña Con La Revelación (Arroyo was a very close friend of Juan and sang chorus on several Revelación albums).

This album is hard to find in the original edition, but collectors in the know treasure it for its two hot salsa tunes (‘Negro con salsa’ and ‘Chana’, both written by famous Chocoano composer and vocalist Alfonso Córdoba “El Brujo”) as well as producer Rafael Mejia’s salsa guajira ‘Hogar campesino’ and the genius rendition of the Peruvian classic ‘Virgines del sol’.

A beautiful and mature sounding work for the relatively young Juan Piña and his crew, and well-worth rediscovery by today’s Colombian music enthusiasts.