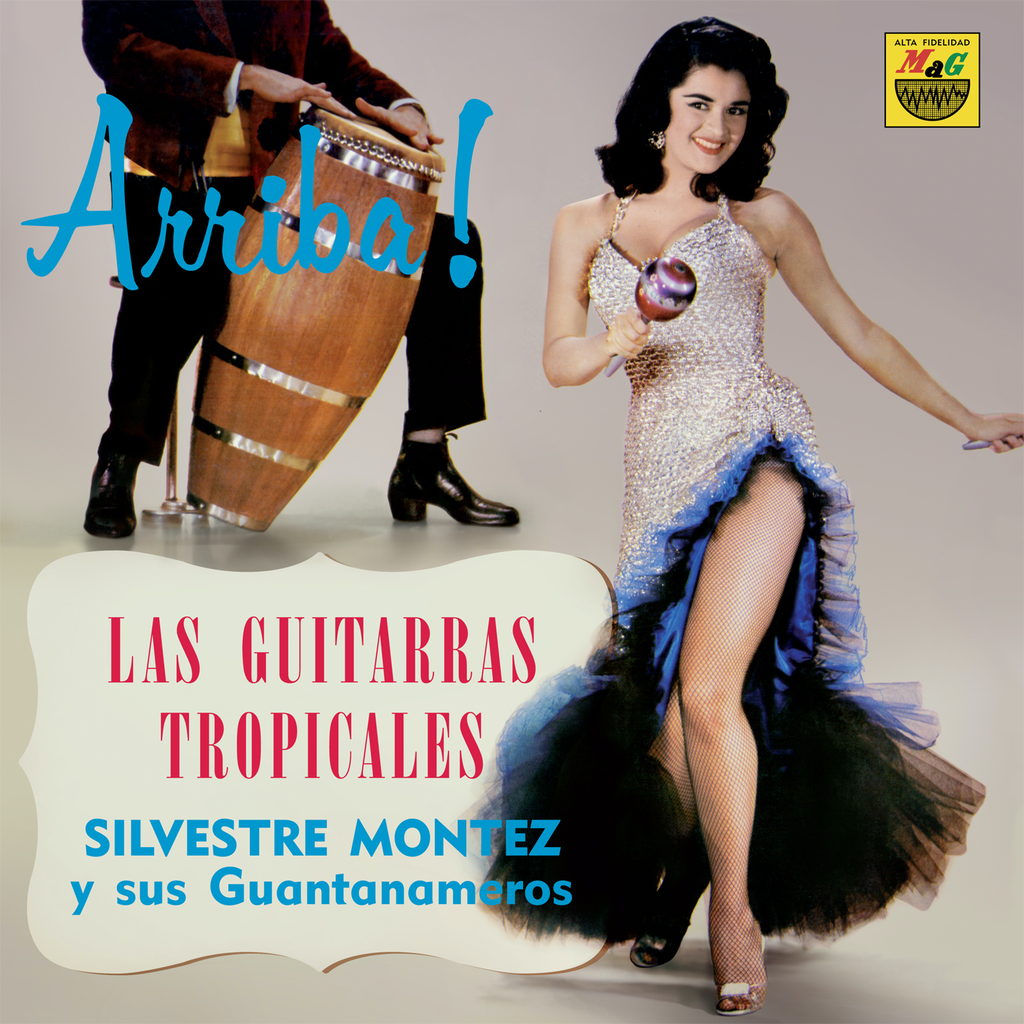 Impossible rare 1968 album by an enigmatic and uncredited studio group that brought together some of  the best artists of MAG (Melcochita, Coco Lagos, Rafael Rios of Los Guajiros…) under the direction of Manuel Antonio Guerrero, owner of the Peruvian label.

The record comprises cumbias and guarachas across 9 songs and 3 instrumental tracks, most of them

Reissued for the first time.

Cuban and Colombian rhythms form "Tropical Guitars" (MAG, 1968), the first LP of the Silvestre Montez y sus Guantanameros orchestra, a group whose conductor and members, despite their name, have no direct relationship with any Caribbean country, and whose conception illustrates us about the particular way in which the Peruvian record company MAG was managed.

Manuel Antonio Guerrero (founder and owner of MAG) made significant profits with the first albums published, mostly focused on música criolla. He soon encouraged his friend Lucho Macedo, director of Lima's favorite sonora, to record the main hits of Sonora Matancera, reinterpretations with innovative arrangements that exceeded market demands. Thus, they continued to repeat the formula of releasing songs "in the style of", and soon they published hits of tango, cuplé, pasodobles, Ecuadorian, Argentine and Paraguayan music, reinterpreted by local musicians.

Tropical music records were always the label's favourites, especially because Guerrero knew Cuban music well due to his visits to the island when he was young. In addition, the record company had an in-house orchestra, called MAG All Stars, always ready to experiment and improvise on new recordings. Stars such as Joe di Roma, Coco Lagos, Mario Allison and Pablo Villanueva "Melcochita", among others, were at some point part of this orchestra, which had different line-ups, who accompanied, with the same skills, singers of new wave, huayno, rock, boleros or international music, covering songs that, on many occasions, Mr. Guerrero himself suggested, arranged, composed or directly participated joining the choirs or playing the maracas.

This album was released, without crediting the participant musicians, consisting mostly of songs that had already known fame with other groups such as Los Destellos, Pedro Miguel y Sus Maracaibos or Melcochita y Su Conjunto. The Guantanameros were truly an ephemeral formation off the MAG All Stars, and nobody knows who Silvestre Montez was. There is only one clue: he shared the same name as that of Manuel Antonio Guerrero Silvestre.

This LP by Silvestre Montez y sus Guantanameros comprises seven guarachas and five cumbias, whose recording sessions took place between June and October 1968. Although the identity of all its musicians remains unconfirmed, the tapes indicate that the multiskilled artist Pablo Villanueva "Melcochita" performs as vocalist, Coco Lagos on percussion and Rafael Ríos, from the Los Guajiros group, on guitar.