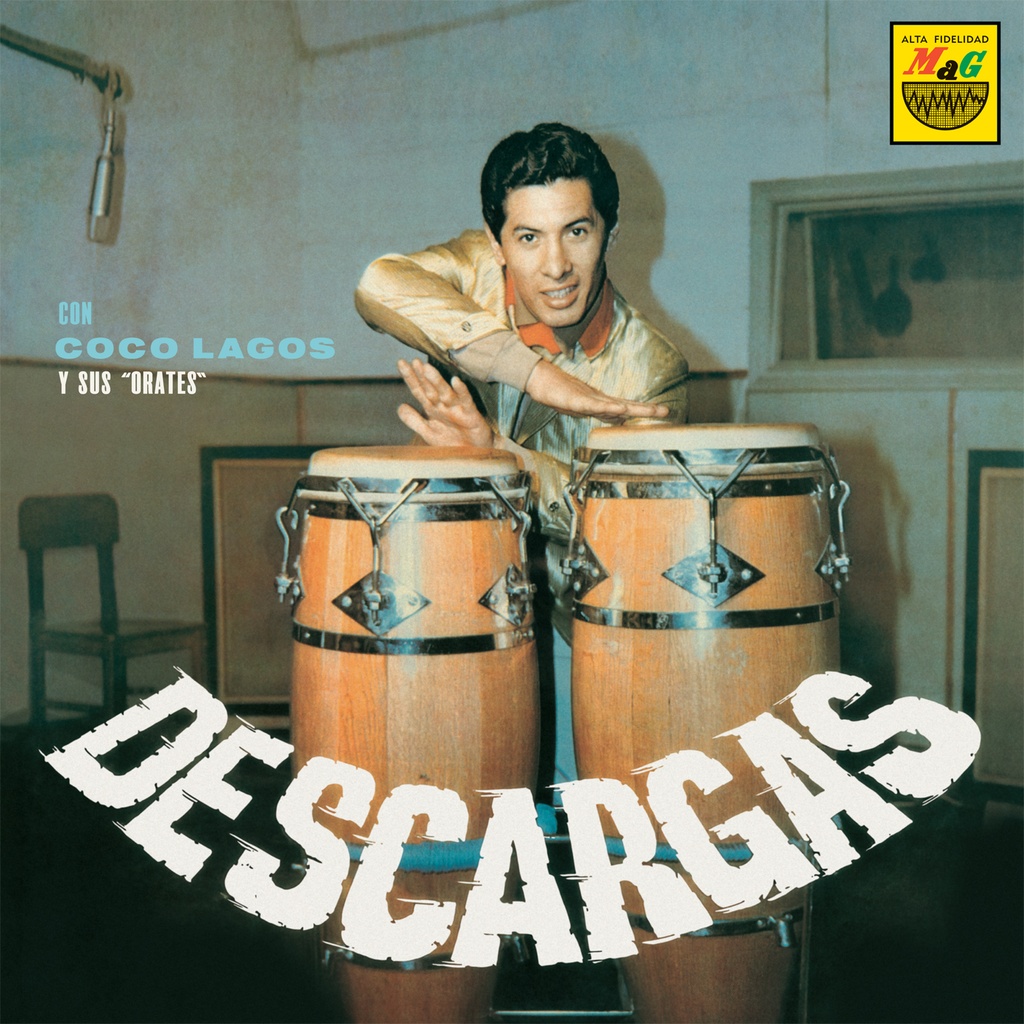 1966 was a prolific year for the MAG record label. The microphones were constantly on at the label’s studios, recording timeless hits by Los Demonios de Corocochay, Betico Salas, Cholo Berrocal, Mario Allison, Alfredo Linares, Carlos Muñoz and Los Pacharacos, just to mention the most successful ones. The percussion playing by 29-year-old Peruvian Coco Lagos stands out on a number of these recordings.

Coco continued his early career, and he played the conga drums for artists who passed through Lima, accompanying Pérez Prado, Oréfiche and Chano Scotty, among others. In the late 50s, he started working as a regular musician in the recently founded record company MAG, alongside musicians such as Ñiko Estrada, Mario Allison, Lucho Macedo...


After taking part in numerous recordings, in 1966 the director of the MAG label, Manuel Guerrero, asked him to make a series of recordings for an LP that would be released under the name Coco Lagos y sus Orates. According to Coco’s statements to the press, the orchestra included musicians from the label such as pianist Alfredo Linares; vibraphonists Carlos "Charlie" Palomares and Otto de Rojas; timbalero Mario Allison; alto sax player Mario Escobar; Chilean trumpeter Víctor "Duraznito" Durand; double bass player Santiago Colón; and vocalists Benny del Solar, Kiko Fuentes and César Gonzales, as well as other backing singers.

On July 21, 1966, the recording kicked off with 'Tumba Coco', a descarga composed by Coco and Manuel Guerrero, and sung by Benny del Solar and César Gonzales. The following month they laid down the tracks 'Guajireate', by Manuel Guerrero; 'Volando', by Mario Allison and Manuel Guerrero, also sung by César Gonzales and Benny del Solar; and the instrumental 'Mamblues', an original song by Cal Tjader, who recorded it in 1965. This track became a hit again in 1972, when it was included in the animated film for adults "Fritz the Cat", based on the drawings by Robert Crumb.

In September, the LP project entitled "Descargas" was announced to the press, and as a preview, a single with 'Tumba Coco' and 'Mamblues' was released, which caught the attention of the music critics.

At the time, Coco explained to a local newspaper that "Descargas started in the United States with the participation of the Alegre All-Stars, a group of brilliant musicians that included Charlie Palmieri on piano; Kako Bastar on timbales; Chombo Silva on tenor sax; Bobby Rodríguez on double bass [...] and on vocals Cheo Feliciano and Chivirico Dávila, who had been living in Lima for a long time." The New York label Alegre Records, which maintained friendly commercial relations with Manuel Guerrero, revitalized the descarga genre in the 1960s through the Alegre All-Stars orchestra, whose records were re-released in Peru under the MAG black label.

The "Descargas" sessions also resumed in September, when they recorded two versions by the widely regarded as the Father of Boogaloo, Joe Cuba and his sextet: 'Brava pachanga' and 'El Hueso', both sung by César Gonzales.

The LP was completed in November and finally released during the summer of 1967.

Lagos would continue his musical career working exclusively for the MAG label, recording his second LP in 1968, always accompanied by the pianist Alfredo Linares, with whom he shared the credits for the musical arrangements. In the following decade, he left MAG for the world of salsa music. And it was no surprise when several of the musicians who accompanied him in his first LP "Descargas" supported him on the salsa albums he recorded in the seventies.