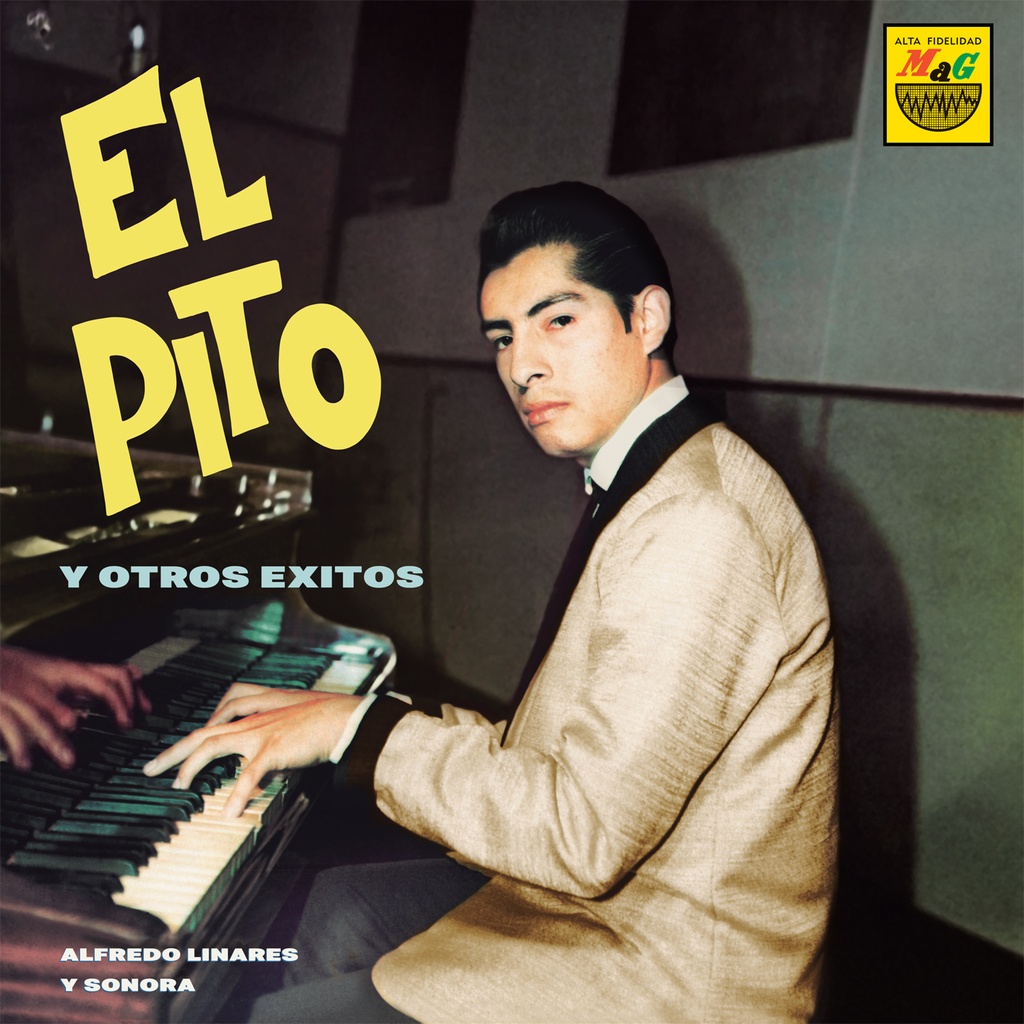 The first LP released by Lima pianist Alfredo Linares under his own name is brimming with tropical hits from the mid-sixties and was aimed to bring listeners up to date with the tropical sound developments in the States, to which Linares added touches of jazz.


The first LP released by Lima pianist Alfredo Linares under his own name is brimming with tropical hits from the mid-sixties (including a Frank Sinatra classic.)

By the time he recorded his version of 'El Pito' in 1966, Alfredo was already an accomplished musician. He studied music in parallel to his schooling, attending the Conservatoire in the afternoons and soon went on to lead Alfredito Linares y su Salsa All Stars, a continuation of the orchestra founded by his father.

In 1966 the song 'El Pito' became a hit in the United States, which is why Distribuidora Peruana Sudamericana, associated with MAG, released the single as well as Joe de Cuba's sextet LP. MAG's next step was to suggest Alfredo Linares record the song, which he did in August 1966, with lead vocals by Raul Ducós Domínguez from Chalaco and backing vocals by Tony de Cuba, Benny del Solar and Rolo Bernal. The lyrics include references to the effects of marijuana that Ducós improvised during the recording in just one take. Charlie Palomares plays the vibraphone, accompanied by "Negro" Santos on bass and "Cheverin" Miguel Villanueva on the bongos. It is one of the few songs on the album where there are no trumpets.

'Strangers in the Night' topped the Billboard charts in 1966, which was a powerful reason for Manuel Guerrero to suggest including the song. This cover version features brass instruments and the participation of Peruvian crooner Lalo Bisbal.

The first of the two guarachas on the album, 'Qué mala fue esa mujer' is a composition by Chivirico Dávila, a mythical and globetrotting tropical singer who lived in Lima at different times. While the Peruvian singer Benny del Solar is the lead vocalist on the second, 'Sin tu querer'. The album closes with the boogaloo 'Maggie'. The record also includes two extraordinary compositions by Linares: 'Descarga' and the son montuno 'Cadenciosa', where the flute solo was played by Cuban Alberto Castillo, who also performs on the guaguancós 'María la O' and 'Mi guaguancó', both recorded a year earlier by the Harlow Orchestra.

The album was finally released in the summer of 1967, and 'El Pito' and 'Strangers in the Night' made it into most of the charts. MAG released other similar LPs that same year by artists such as Coco Lagos, Tito Chicoma and Carlos Muñoz. Critics were quick to praise the new sounds on "El Pito", which brought listeners up to date with the tropical sound developments in the United States, to which Linares added touches of jazz.

Linares released another LP, on MAG, the following year, in which he continued to explore the sounds of Latin jazz, boogaloo and descarga. In the seventies, he continued working in countries such as Colombia and Venezuela, where he had already made a name for himself thanks to these early recordings, which were met with great admiration among connoisseurs.