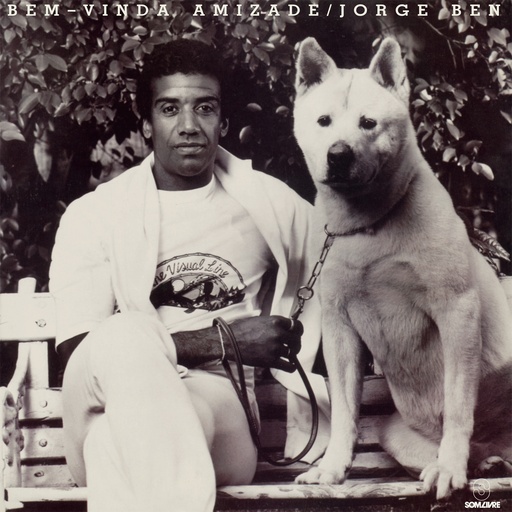 Very hard to find on vinyl these days, this reissue will make many collectors happy!

Jorge Ben is someone who needs no introduction. Since his first hits in the 60s, this artist has become one of the greatest icons of Brazilian pop music. His anthems "Mais Que Nada" or "Pais Tropical" are probably two of the most ever-listened Brazilian songs of all time.

After being involved in the Tropicalia movement and incorporating the influences of Afro-American funk into his repertoire, with the support of his backing band -Trio Mocotó-, his very personal samba sound also opened up to the new musical trends coming from the States at the edge of the 70s.

Boogie and disco music were making headway and soon became popular in the Brazilian market. Jorge Ben's albums recorded at the beginning of the 80s reflect this trend and deliver a good number of outstanding tunes.

“Bem-Vinda Amizade” is one of those albums. Recorded in 1981, it is a solid album, start to finish. It comprises the usual samba funk numbers, so characteristic of Jorge Ben, with killer boogie and disco tracks (‘Oé Oé (Faz O Carro De Boi Na Estrada)’, ‘Ela Mora Em…’). And it also contains downtempo soulful slow burners like 'Lorraine' or 'Katarina, Katarina', funky as Hell!

An essential addition to any Brazilian music collection.