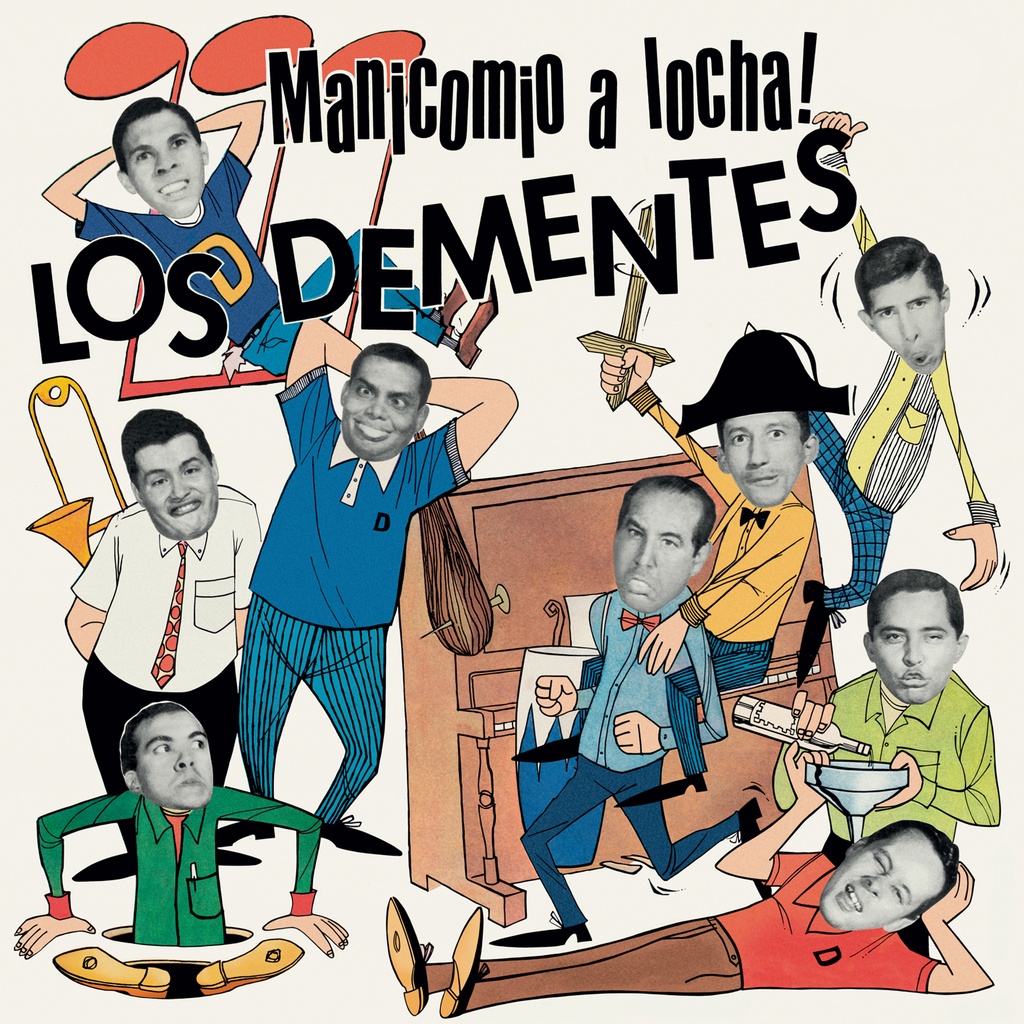 Now the LP has been lovingly restored, mastered from the original tapes, with its original artwork intact, preserving the legacy of Los Dementes for today’s generation of salsa lovers everywhere.

Salsa pianist, vocalist, composer and arranger Ray Pérez, acquired his nickname “Loco” by being a free, independent spirit, an innovator and iconoclast who was initially branded as “crazy” for the freshness and audacity of his sound.

Amazingly, he is not that well known in the US, where he spent some time in the late 1960s and salsa was king during the 1970s. Yet he was quite popular in his home country from the beginning, especially amongst the working class of Caracas and Maracaibo, who adopted Cuban music played by New York Puerto Ricans as their own and called it “salsa” years before the term was employed by US labels like Fania as a marketing tool. Pérez is revered in Venezuela, as well as in Mexico and Colombia, and his storied career, which spans seven decades and thousands of concerts, has yielded more than 35 albums recorded by his various bands, including Los Dementes, Los Kenya, and Los Calvos, all of which are collector’s items today.

At the start of 1967 Pérez debuted Los Dementes, with vocalists Claudio Zerpa and Perucho Torcat backed by an ace band featuring only trombones in the brass section. Titled “¡Alerta mundo! Llegaron los ‘The Crazy Men’” the record was released on the small Venezuelan label Prodansa. Soon after, Prodansa folded and Los Dementes were left without representation or much compensation for their efforts, being paid only in records.

In the end of February of that year, Pérez returned to Caracas from a stint in Maracaibo in order to finish his first LP with the well-established and larger Velvet label, entitled “Manicomio a locha”. In the first quarter of 1967, Velvet unleashed a trilogy of salsa records in order to compete with rival label Palacio and their recent success with

The LP begins appropriately with the boisterous title track, written by the band’s conguero Carlos “Nené” Quintero, who would become a legend in coming years. Torcat describes a jam session in mental institution and introduces the band, with tasty solos by trombonist Rufo García followed by Ray on piano. Already you can hear something was different about Ray and his “Crazy Men”—a sound as wild and innovative as what was happening in New York with Eddie Palmieri, but with a more unhinged, raw feeling in line with Willie Colón and other younger Nuyorican bands.

Next up is an intriguing track sung in a mix of Italian, English, Spanish and Papiamento by Pérez himself, performed in the complicated rhythm of the mozambique, an Afro-Cuban carnival beat developed in the early 1960s. This is followed by the heavy dancer ‘Rico guaguancó’, penned by Angelito Pérez, which changes from the guaguancó to the mozambique rhythm mid-way through, proving that Los Dementes were “different from the rest” as the lyrics say. ‘Puerto Libre’, sung by Torcat, is dedicated to the Venezuelan island of Margarita in the Oriente region, and the independent spirit of its working people. The rhythm changes from guaguancó to guajira and back again but remains danceable all the way through. The side closes out with a “3 in 1” medley inspired by the popular formula of the mosaicos of Billo’s Caracas Boys, seamlessly knitting together several different tempos, rhythms, moods and compositions.

Side two starts strong with the fierce yet satirical ‘Corte e’ patas’, then ‘Alma Cumanesa’, a typical folk song refashioned as a guaguancó. This is followed by the funky ‘Guajira con Boogaloo’. The tune echoes the sound of young Latin New York, pointing out the connection between Cuban and African American soul music. The pace picks up again with ‘Fiesta de trombones’, a hot descarga and then the album closes with another medley.

Though this marks the end of a rather short album, it also signaled the emerging success of Los Dementes and their involvement with the salsa boom in Venezuela, quickly selling out of its initial run of 1000 records and making for a memorable debut on the Velvet label.

Now this rare and sought-after LP has been lovingly restored, mastered from the original tapes, with its original artwork intact, preserving the legacy of Los Dementes for today’s generation of salsa lovers everywhere.