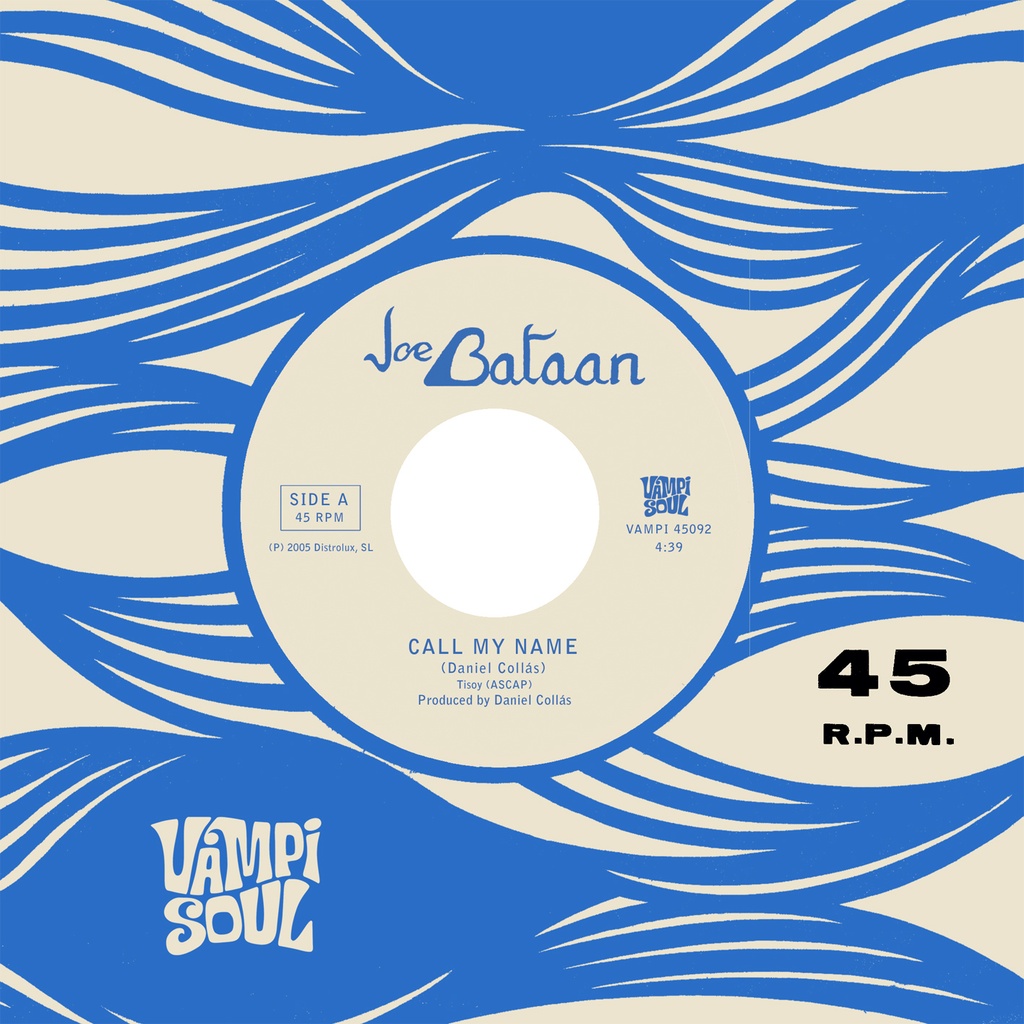 The song that marked the return of Joe Bataan in 2004 finally makes it into a 7” single for the first time.
Recorded at the Daptone studio this is a dancefloor favourite by the King of Latin Soul!


Back in 2004, Vampisoul was extremely honoured to play a role in the return to recording of the legendary Joe Bataan, which fully materialized in the acclaimed album "Call My Name", written and produced by Daniel Collás (The Phenomenal Handclap Band, Incarnations). Today, the song that marked the return of Joe Bataan finally makes it into a 7” single for the first time.

"This whole project grew out of a song called 'Cycles of You', which I had written around 2000-2001 with the guitarist and bassist of my band at the time, Easy. The chord progression and vocal melody really reminded me of Bataan, and it occurred to me that it wouldn't be impossible to get him into the studio to do a guest vocal if we ever recorded it. I had met Bataan a few years before at a small, family-reunion style show at the Nuyorican Poets Cafe in my neighbourhood, where he not only still sounded great, but was also gracious and easy to talk to.

By the time we got around to recording with Easy, the band was about to break up but we still had the studio booked. We all agreed that we didn't want to continue as a band, but at the same time, it would be a shame to never record what we had been working on. Around this time Bataan was playing out again, so I went to the show to see him and find out if he'd be interested in doing some vocals with us. He was agreeable, so we decided to turn it into a Joe Bataan session and do 'Cycles of You'.

When I got the opportunity from Vampisoul to do a full album, I was hoping Bataan and I could write some songs together, but our schedules proved tough to coordinate. I figured the best way to go about it was to do most of the work and just have him come sing on it. I thought this might be a little weird for him, since he is used to writing and producing most of his own records, but he was open to it.

The rhythm section was a band called TransLove Airways that I formed in 2002. We got really tight and developed a great sound that was, to me, equal parts Heart, Shocking Blue, Brian Auger and Rare Earth. To this core group I added pieces from a few other local bands: The Middle Initials, who are a great Temptations/Main Ingredient-style vocal group, and members of an incredible Latin band called Grupo Latin Vibe, who were responsible for almost all the percussion. There was also some fine trombone playing by Aaron Johnson of Antibalas and great flute work by Neal Sugarman and my cousin Sonny.

Preparing for “Call My Name” I listened to a lot of different records from the mid to late 70s and thought about how they were actually getting those sounds and how Bataan's vocal style would fit with them.

The “Call My Name” sessions took place when Daptone had just moved to Bushwick, its classic location. Gabe Roth and I had been acquaintances for a few years at that point, and since I didn't have a studio of my own, he was my first call whenever I had any recording to do. He was yet to become the legendary figure at the center of the Daptone/Truth & Soul universe, and the recordings he would do with Amy Winehouse were still a few years away.

The reactions to this album were gratifying. Diehard fans accepted it as a welcome addition to the canon and regularly compared it to some of my favorite records of Bataan's. At one point a New York radio station's listener poll listed two songs off of the album in the top ten of all-time best-loved Joe Bataan songs, and Ry Cooder enthusiastically mentioned “Call My Name” in a Wall Street Journal interview.”