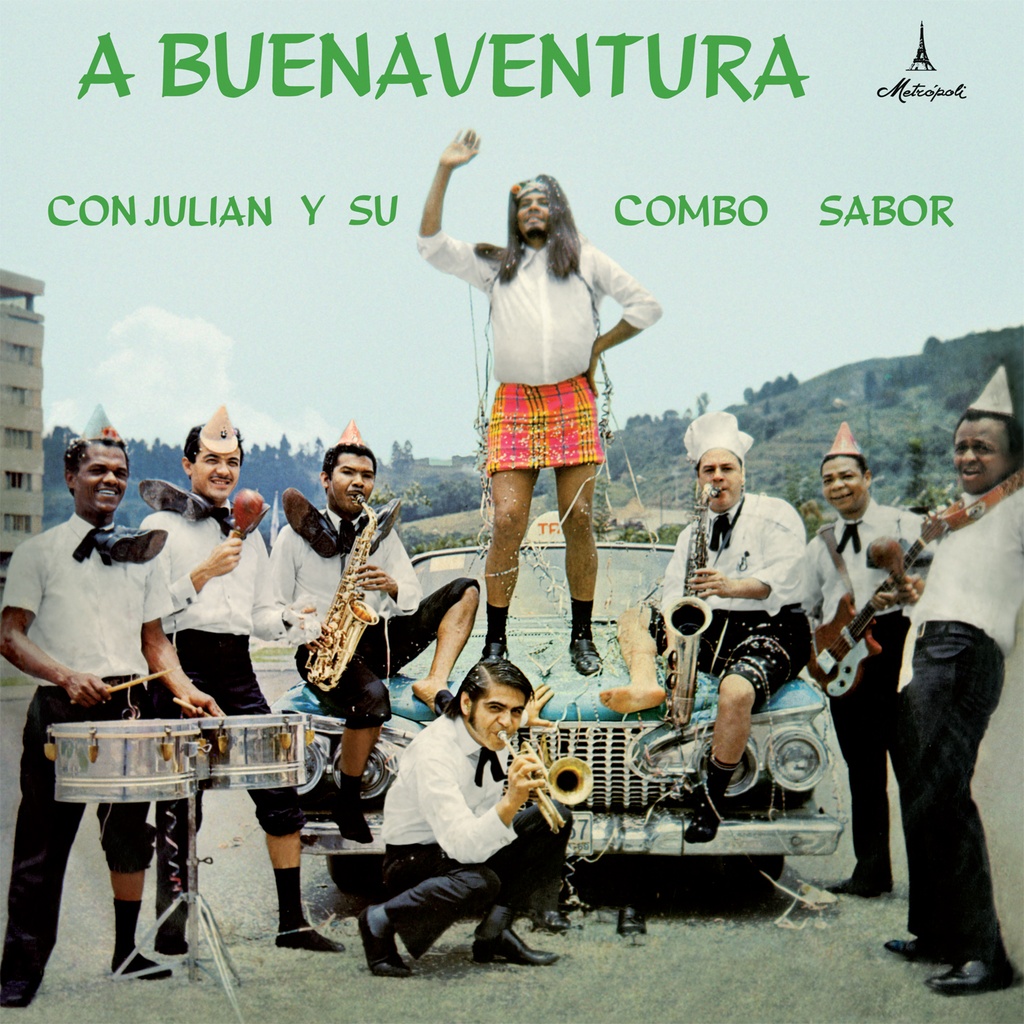 “A Buenaventura” is surely one of Julian y su Combo’s best albums, a sought-after collector’s record that is also popular with tropical DJs. We have added two bonus tracks from 1976, ‘Salsa y bembé’ and ‘Colorin colorao’ that were originally a 45 single, resulting a winning combination of familiar and obscure tunes of rich sonic variety.

During a 20-year period Julián Y Su Combo released 8 LPs on almost as many different companies and “A Buenaventura” was their only record with Medellín-based label Indústria Fonográfica Metrópoli (later reissued by INS on their Fabuloso imprint as “Descarga Salsa Y Boogaloo”).

Julián Angulo described the combo’s sound as afroantillano, combining Cuban, New Y ork Latin, and Puerto Rican elements with Colombia’s own tropical costeño traditions. The group’s swinging, jazzy arrangements were distinguished by Angulo’s prominent rhythm guitar, a hot rhythm section, and the potent brass lineup of two saxophones and a trumpet (much like Cortijo Y Su Combo) but with the occasional addition of a clarinet or flute (for extra Cuban flavor). Singer José Arboleda lends an earthy, joyful Afro-Colombian sound to the vocals and the entire unit is held together by a combination of his fantastic voice and super-tight, swinging ensemble playing with the occasional expert instrumental solo at just the right interval.

“A Buenaventura” is a sought-after collector’s record that is popular with DJs not only for the power (‘salsa brava’ all the way) and diversity of its sound (with hot dance genres that range from guaracha, son montuno and guaguancó to boogaloo and descarga, as well as cumbia and currulao) but also for how well it was arranged, engineered and recorded, making it both a pleasurable listening experience and a dance floor killer. Though the credits do not list a year, most likely it was released in the late 1960s or early 1970s and then pick up again with INS in 1975.

In addition to several tasty originals by Julián and other Colombian composers, there are also covers of Cuban classics as well as the funky boogaloo anthem ‘Palo de mango’ by New York’s Eddie Palmieri (with lyrics by the Puerto Rican sonero Cheo Feliciano).