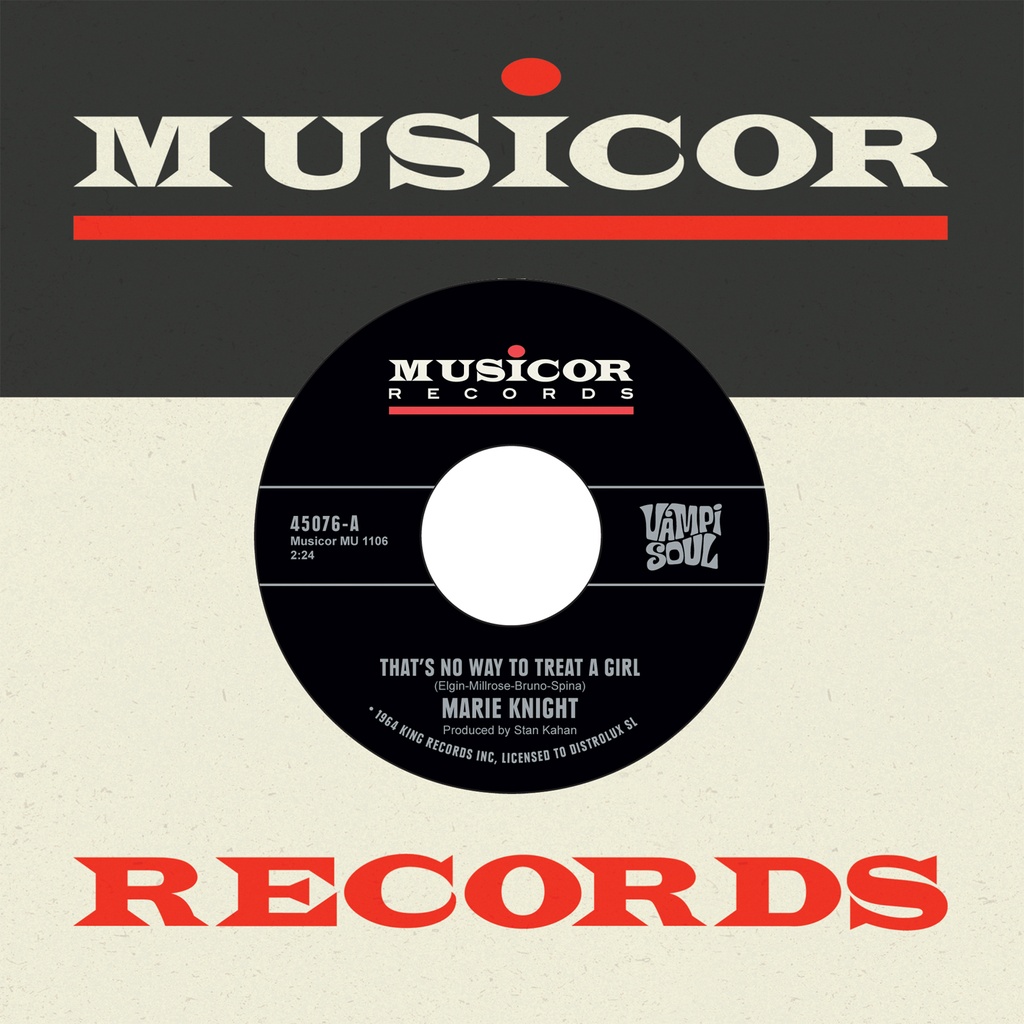 Marie Knight, That's No Way To Treat A Girl / Say It Again

That’s No Way To Treat A Girl

Marie Knight’s legendary 45 from 1964 that made her a name in the Northern Soul scene. Massive spin in Wigan Casino allnighters, officially reissued here for the first time with ‘Say It Again’ on the flip, as originally released.

Singer and pianist, Marie Knight made her name as a gospel superstar recording for Decca in duet with the legendary Sister Rosetta Tharpe. Her first solo record for Decca arrived in the mid ‘50s, just a couple of years before her signing to Mercury. She later toured with rhythm and blues acts like the Drifters, Clyde McPhatter and Brook Benton. Three singles followed on Diamond in 1963/64 before she was signed to Musicor Records later in 64.

Her definitive non-religious song ‘That’s No Way To Treat A Girl’, crafted in this period, failed to become a hit at the time but was the recording that would make her name with the Northern Soul fans in the UK many years later, standing as one of the most celebrated spins at the Wigan Casino allnighters.

The slow-paced ballad on the flip-side, ‘Say It Again’, is a beautiful deep soul song that echoes the gospel singing Knight had mastered over the years. After her deal with Musicor ended, she was unable to land another secular recording contract. “That’s No Way To Treat a Girl’ is officially reissued here with ‘Say It Again’ on the flip for the first time, as originally released.