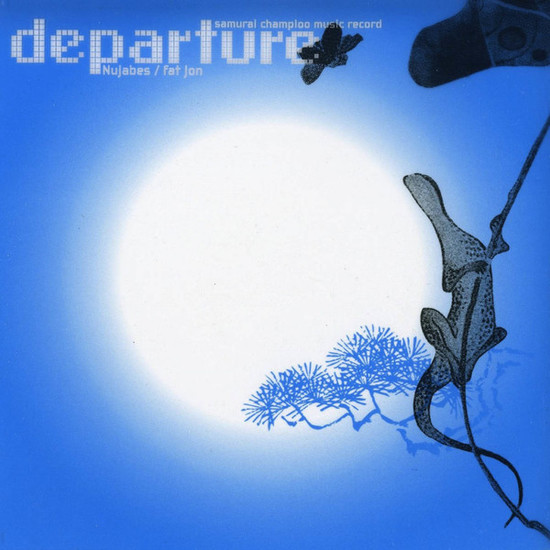 
Samurai Champloo Music Record: Departure is a soundtrack album, originally released on June 23, 2004. It is the second of four soundtrack albums released for the show. The album was produced by Japanese DJ / producer Nujabes, and American MC/producer Fat Jon, and featured Japanese rapper Shing02 and Japanese singer-songwriter MINMI on the album’s first and last tracks, respectively. Departure was critically lauded and is the best known album from the series, with especially high praise being reserved for “Battlecry”.