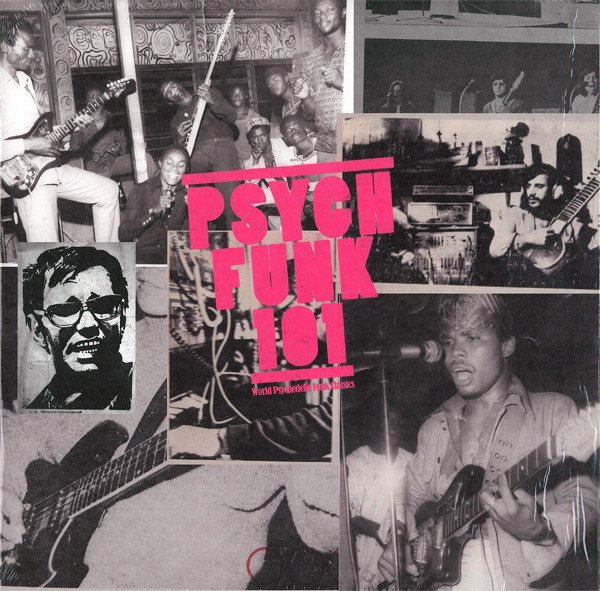 A4. Kim Sun: The Man Who Must Leave

B1. Petalouda: What You Can Do In Your Life

B3. Staff Carpenborg And The Electric Corona: All Men Shall Be Brothers Of Ludwig

B4. The Group: The Feed-back

Rare and previously unreleased tracks restored and remastered, many from the original master tapes!

Psych-Funk 101 introduces students to the global phenomenon of psychedelic funk music, and covers the “golden years” of the movement, from approximately 1967 until 1980. This compilation does not focus on American and British bands. Rather it focuses on the bands throughout the Global Village that were influenced by the innovation of American and British bands – that many times one upped the heroes they sought to emulate. This compilation focuses on bands influenced by James Brown, The Meters, Sly and The Family Stone, Booker T and The MGs and The Bar Kays and unsung rhythmic forces such as drummers Bernard Purdie, Idris Muhammad, Earl Palmer, bassists such Carol Kaye and Jimmy Lewis. It focuses on bands who took that energy and combined it with the flair of psychedelic-rock musicians such as Jimi Hendrix and the ensemble known as Cream – as well as pop-rock acts taken by the experimental side of psychedelia such as The Beatles. But these bands added their own, unique cultural flourishes. The result is mind-bending.

Think about it for a second – what musical forces were greater than that of funk and psychedelic music in the late 60s and early 70s? These forces, combined by bands happy to incorporate folk music and improvisational elements from other musical forms, lead to an amazing body of work still being unearthed by researchers the world over – and still capable of inspiring new investigations into shapes of rhythm.