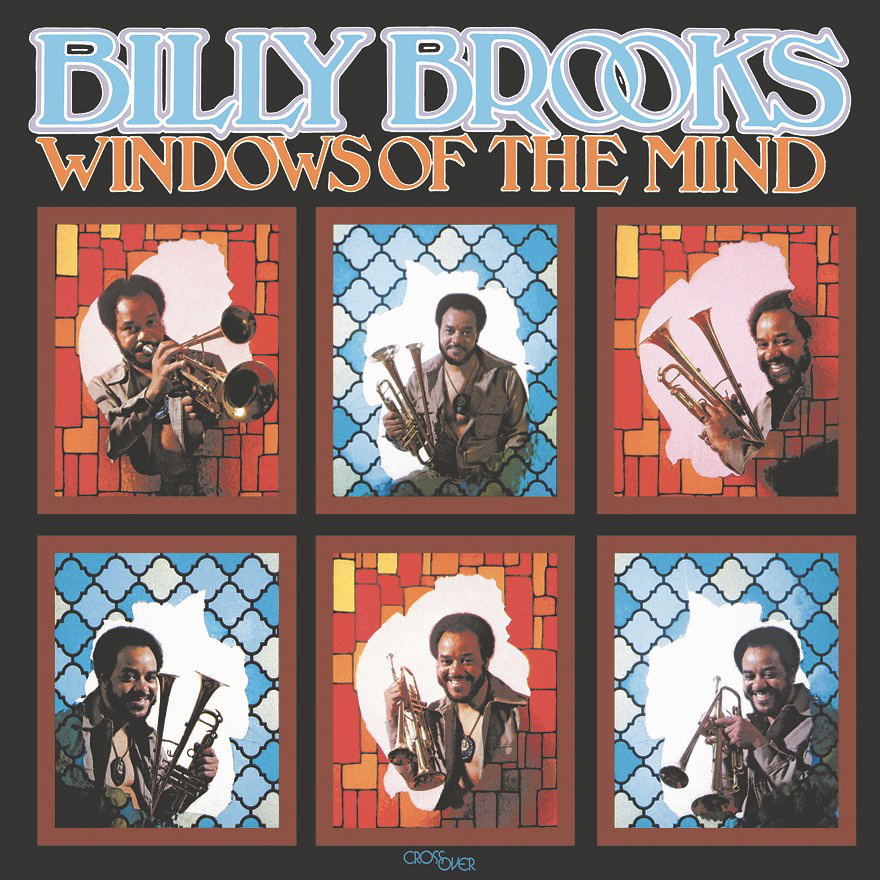 Billy Brooks, Windows Of The Mind

BILLY BROOKS CULT JAZZ-FUNK ALBUM OFFICIALLY REISSUED FOR THE FIRST TIME IN DECADES. FEATURING THE ICONIC 'FOURTY DAYS' SAMPLED BY A TRIBE CALLED QUEST FOR THEIR CLASSIC 'LUCK OF LUCIEN'

Wewantsounds is delighted to announce the reissue of Billy Brooks' much sought-after album "Windows Of The Mind,"

released in 1974 on Ray Charles' Crossover Records. The album, co-produced by Charles and featuring such heavy players as Herman Riley, Calvin Keys and Larry Gales, includes one of the most famous samples in hip hop history in the form of 'Fourty Days' which forms the backbone of A Tribe Called Quest's 1990 anthemic 'Luck of Lucien.' Newly remastered, the reissue comes with original artwork.

There's not a huge amount of information to be found about trumpet player Billy Brooks. A solid session musician who'd been around since the 50s, he played with the likes of Lionel Hampton, Cal Tjader and of course Ray Charles, who signed him to his sub label Crossover Records in the early 70s to release "Windows of the Mind." Interestingly Brooks also appears on Sathima Bea Benjamin's 1976 cult classic "African Songbird" produced by Dollard Brand. "Windows of the Mind" released in 1974 remains Brooks' only solo album.

From the groove of "Rockin Julius", "Shetter Cheeze" and "Black Flag" to the mid-tempo Jazz mood of "Cooling It" and "C.P. Time" and the cinematic brass pyrotechnics of "The Speech Maker", "Windows Of The Mind" is a superb funked up big band jazz album.

"Windows of the Mind" did reasonably well among the jazz circles when it came out but its fate would change fifteen years later when, in 1990, A Tribe Called Quest heavily sampled its closing track "Fourty Days" for their own "Luck of Lucien" featured on the group's debut album "People's Instinctive Travels And The Paths Of Rhythm." The album revolutionised hip hop and "Luck Of Lucien" became one of the album's highlights, thus cementing the reputation of Billy Brooks original LP among DJs and collectors. Original LPs now change hands for a few hundred dollars.

Wewantsounds is now glad to make this landmark album available again in partnership with The Ray Charles Foundation, with newly remastered audio and striking original artwork.