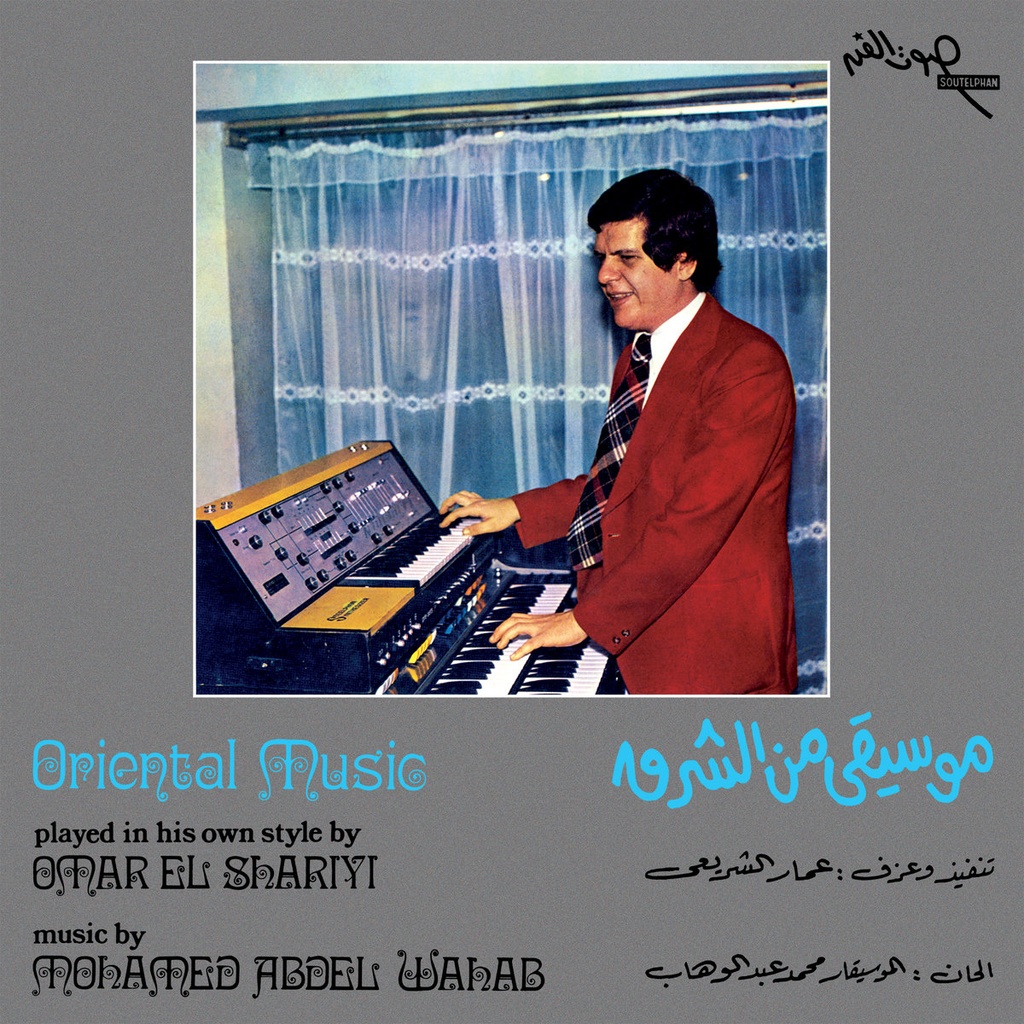 SOUGHT-AFTER INSTRUMENTAL CULT CLASSIC BY LEGENDARY EGYPTIAN MUSICIAN AMMAR EL SHEREI, FIRST RELEASED ON SOUTELPHAN IN 1976, IS REISSUED ON VINYL FOR THE FIRST TIME EVER.

Wewantsounds is delighted to announce the reissue of Ammar El Sherei's superb instrumental album “Oriental Music” from 1976. Here, the iconic Egyptian musician and composer revisits six classic compositions by another Egyptian legend, Mohamed Abdel Wahab, in his own hypnotic way. This series of great Arabic music reissues, started with the Fairuz and Ziad Rahbani album reissues are curated by Lebanese-born Arabic music expert Mario Choueiry from Institut du Monde Arabe in Paris. This reissue has been newly remastered and comes in its beautiful original artwork.

The late musician and composer Ammar El Sherei is one of Egypt's musical giants. Born in Upper Egypt in 1948 into an upper middle class family (his paternal grandfather had been an MP during King Fouad's reign and his eldest brother became the Egyptian ambassador to Australia) El Sherei moved to Cairo with his family when he was five and attended a special school for the blind (he had lost his eyesight in his early childhood). A child prodigy with a unique gift for music, he got noticed by his teachers who recommended him to the Hadley School for the Blind in America so he could perfect his studies by correspondence. El Sherei then quickly learn piano, oud and composition with unparalleled ease.

Once he got his BA in English literature from Cairo's Ain Shams University, he decided to become a musician against the will of his family. He began playing accordion in the Cairo bars and clubs and started making a name for himself on the Cairo scene. El Sherei got his first taste of success when he managed to place a song with famed Egyptian singer Maha Sabry. This was the start of a long series of hit he composed for many established Egyptian artists. From then on, his ascension was meteoric and he went to to become a very successful composer for films and TV series especially.

A true innovator who didn't hesitate to bring some western influences to traditional Egyptian music and was one of the musicians responsible for ending the lengthy song trend of the 70s. He embraced modern instrumentations and was asked by Japanese keyboard maker Yamaha Corp. to help develop new electronic keyboards that could handle quarter tone.

Early in his career El Sherei recorded albums for Soutelphan, including "Oriental Music" celebrating the music of another Egyptian legend, composer Mohamed Abdel Wahab, who had co-founded Soutelphan.

Here he masterfully interprets six classics from the Master including "Ana Wehabieby" (aka Ana Wa Habibi), "Ya Wabour Koly" and the classic "Ahwak" made famous by such talents as Abdel Halim Hafez or Fairuz. Using early electronic keyboards like the Steelphon S900 or the Farfisa as seen on the album cover, El Sherei creates beautifully hypnotic instrumentals that blend together traditional melodies with modern instrumentation, adding jazz and pop elements in the mix. Achieving cult status over the years with Arabic music collectors and vinyl diggers, "Oriental Music is now a sought after album which command high prices on the international scene. Wewantsounds is delighted to make  this unique album available on vinyl for the first time since it originally came out in Egypt in 1976.