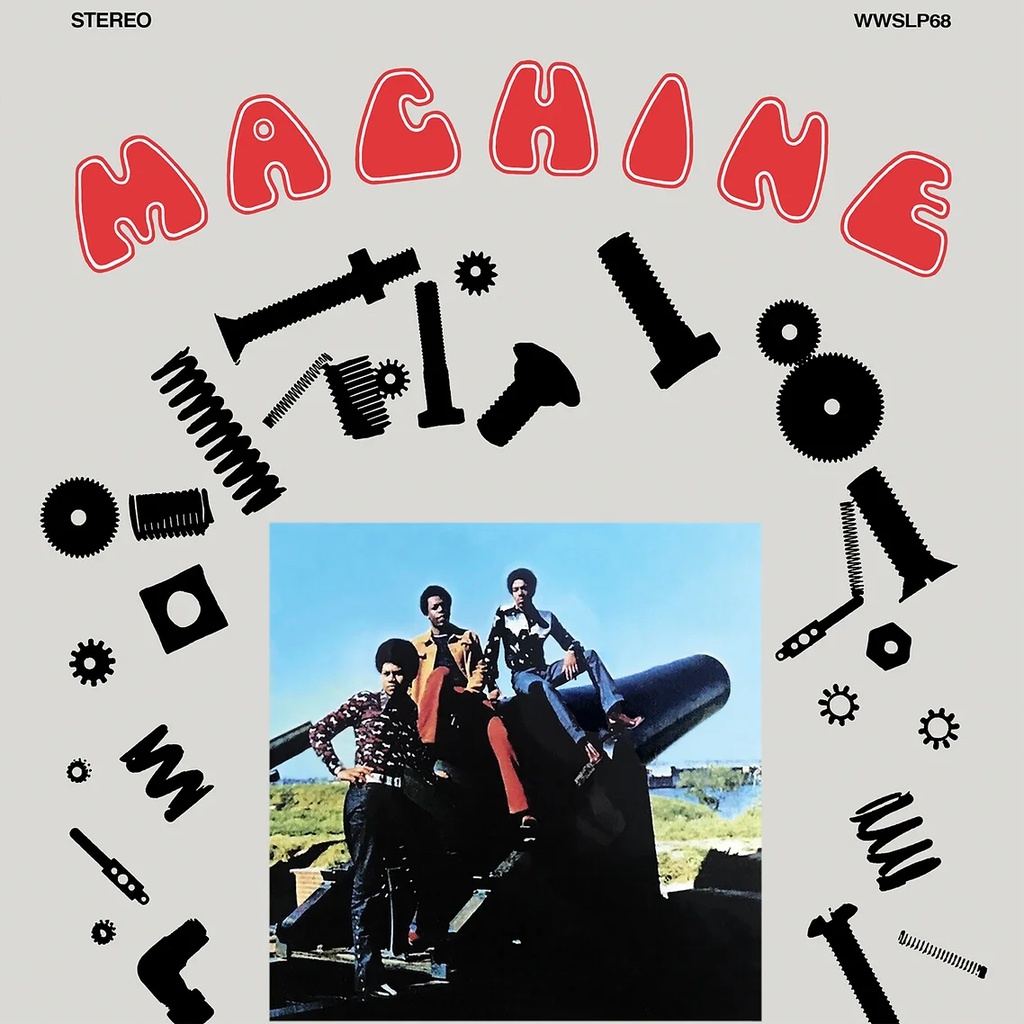 
ONE OF RAREST FUNK ALBUMS ON THE PLANET ORIGINALLY RELEASED IN 1972 ON ALL PLATINUM RECORDS AND REISSUED ON VINYL FOR THE FIRST TIME IN DECADES. NEWLY REMASTERED WITH ORIGINAL ARTWORK INCLUDING NEW LINER NOTES BY CHARLES WARING

Machine's self-titled album is shrouded in mystery. Released on Sylvia Robinson's All Platinum label in 1972, It vanished without trace and has since become one of the rarest Funk albums on the international scene. The album is mostly known to a small circle of hardcore collectors and only a few copies seem to have survived, fetching prices in excess of $5000 whenever one turns up on the auction market. Consisting of three young session musicians working for Sylvia Robinson's All Platinum Records and their hit makers, The Whatnauts, the group display a superb mix of socially-conscious hard-hitting funk and earthy soul, the album is reissued here in its original artwork and remastered by Colorsound Studio in Paris. It includes a 2-page insert with new liner notes by Charles Waring.