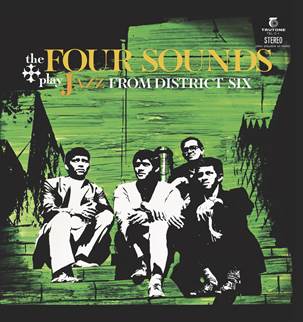 True Jazz today is becoming a rare art whose existence depends not only on the Jazz-musician but also on the medium by means of which it is propagated. This album is the combined effort of musician and Trutone Record Company to add their contribution to the interest of the arts. The theme for this album is set in "District Six", the community which brought forth "The Four Sounds".

Basil Moses is perhaps most widely known, in the context of South African jazz history, as having recorded prolifically – including performing on seven or eight of Abdullah Ibrahim’s 1970s recordings. He also features on Sathima Bea Benjamin’s African Songbird (The Sun, GL 1839).

Guitarist Cliffie Moses, three years older than brother Basil, was also a professional musician and the two, along with Richard Schilder and Billy Bowers (aka Billie Dollie), formed the Four Sounds in the early 1960s. The group with Basil ‘Manenburg’ Coetzee and Roy Nolly recorded their debut album, Jazz from District Six, in 1969 for Trutone (TBLC 1).

In 1970 Basil, Cliffie, Roy Petersen and Monty Weber were all hired to tour the country as the core of Percy Sledge’s backing band for a seventeen-week sell-out tour of South and southern Africa. Percy Sledge described it as the “greatest tour of [his] career”.

Notes by Siemon Allen at Flatinternational”